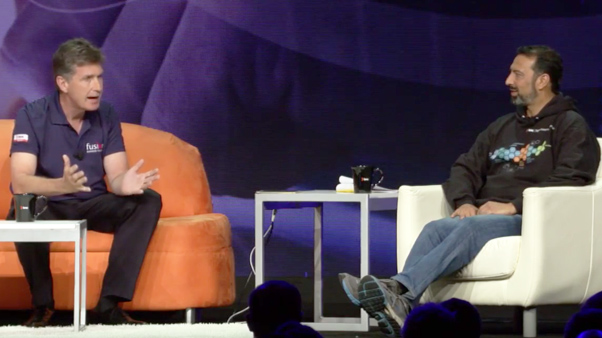 Fusion Have Another Gold Engage 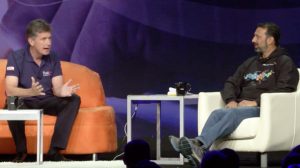 Fusion Business Solutions were again a Gold Sponsor of BMC Engage 2016 from the 6th till the 9th of September 2016. Again held at the Aria Resort and Casino in sunny Las Vegas this year’s show saw over 3000 executives, users and developers converge in the desert.

Gary Pruden, Fusions CTO was asked by Robin Purohit, Group President of Enterprise Solutions Organization for BMC to join him on stage for the Keynote on the Thursday of BMC Engage 2016. Gary was asked to introduce Fusion’s Secure Site Visitor App and demonstrate uploading it LIVE to the BMC Marketplace. BMC’s new Innovation Suite that is due to be released by BMC in early 2017 and it was the first time it was showcased publicly at the event.

The Secure Site Visitor App combines several of the requirements requested by some of Fusion’s customers around the Data Centre environment but translate across any secure environments. The App allows for visitors to be requested, approved, notified and checked on and off site with the ability to link swipe cards and other security automation.

Fusion’s App was judged as one of the top apps at the event by attendee vote. Guru Balachandra accepted the award on behalf of Fusion as the chief project manager and developer for the Secure Site App.