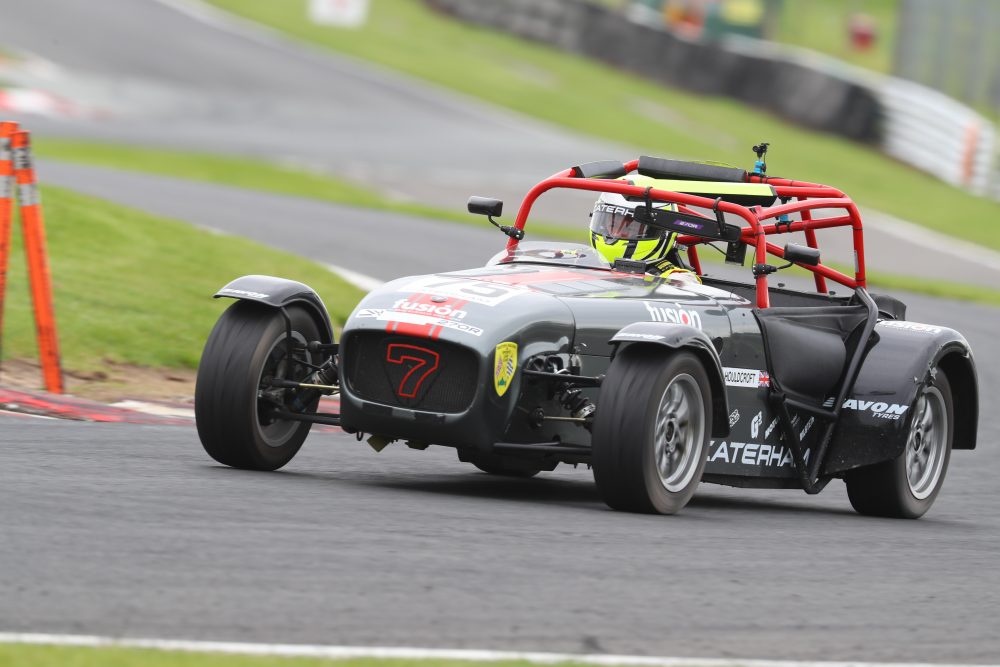 Wheels in motion: the Solution Architect taking on motorsport

My name is Darren Houldcroft. During the week I’m a Solution Architect here at Fusion, but I’ve got a pretty full-on weekend hobby that I’m excited to share with you all. After seven years off the track, I’ve just returned to motorsport racing and am now taking part in the 2019 Caterham Seven 270R Championship. John Mohan, our CEO, has kindly offered for Fusion to sponsor race fuel and my racing suit, so I’ll be keeping you updated on my progress as the championship proceeds between now and September.

The Caterham Seven 270R Championship is well-established as a “coming of age” championship for those looking to advance through motorsport. Running from April to September, the calendar for the event takes in all of the UK’s best circuits, from Silverstone to Brands Hatch.

What am I driving?

The car is a Caterham 270R. It’s a race-prepared version of the road version, minus the lights and windscreen but adding in a roll cage and fire extinguisher. Weighing less than half of a typical car (625kg fuel and all!), this bad boy does 0-60mph in under five seconds.

My performance so far…

I’ve now completed six of the fourteen races, with the two most recent taking place at Oulton Park. This was a new circuit to me and is famous for being unforgiving of errors, so I approached the initial testing with some trepidation! However, despite not getting a full qualifying session due to red flags, I managed to make P26 on the grid and went into Race 1 expecting good things.

Although a little cautious (all racing is done on a tight, single-day schedule for Oulton, so I wasn’t going to take any chances with damage!), I ran well in Race 1. That is, I ran well until I was crowded off the circuit by a competitor while fighting for P22. I lost so much ground I ended up in P27 and was left hoping for better things in Race 2.

Race 2 was both promising and frustrating. I should have finished in P23 and would have done so had I not committed so many unforced errors! I gained multiple places then made an error and lost them again; I worked hard to close the gap and took the places back only to throw it off the circuit (again)! The result of all of these mistakes meant that I ruined the chance for a much better finish. To be running P23 but (due to my own mistakes) ending up in P26 stung, but I drew some consolation from my improvement in general pace.

Now I know that if I want to retain my gains, I need to prevent myself from getting flustered after the first error!

Where am I racing next?

A persistent ankle injury might put me out of action for the next race event, but I’m determined to be back on the track soon (certainly in time for Donington on 17/18th August). I’ll be keeping you up to speed on my racing progress here at the blog as the championship continues.